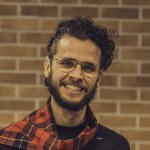 Humankind’s 10 Most Common Fears (And How To Overcome Them)

Real-life fears are much scarier than embellished scenes from a horror film, like a serial killer doll or flesh eating zombies. The most common fears cause more discomfort than your average spook and are more real and complex. For the person with the fear, it can be debilitating, preventing the sufferer from living wholly or causing him or her to create a routine focused on avoiding the fear triggers. Tolerating the sensations that come from triggers isn’t even a question, as they are known to make the individual feel like he or she is in a life-threatening situation.

Some of humanity’s most common fears are well known, like fear of heights or the dark. Others, however, are less talked-about, like the fear of speaking to strangers due to thoughts of what they might think of you. To free yourself of these fears, it’s not enough to change the channel or end the conversation. It’s necessary to understand and get to know them better.

Fears are tasked with the function of keeping us alive. If we didn’t have this trait, we might just throw ourselves off of cliffs without the fear of dying or hurting ourselves. The same goes for heartbreak. It’s a protection instinct.

However, when these fears overreact, causing withdrawal during an exciting moment, they require an update to achieve a better quality of life. This level of fear is when they are considered phobias. At this level, your mind has established what psychology calls “automatic thoughts.” In other words, every time that situation repeats, the brain automatically receives a message (in the amygdala), and the body reacts with uncomfortable sensations and the attempt to get away from the “danger.”

Now that we understand where fears come from better, let’s get into the list humankind’s most common fears. Also known as social anxiety, this fear involves a broad range of situations in which people are afraid to interact with others because they fear people judging them. It might not seem so, but this fear is widespread, affecting on in five Americans. People with this fear often don’t seek therapy (it would require social contact) and, for this, most don’t overcome it. One researcher wrote that this is the only fear that we are more scared of than our deaths! People that suffer from social anxiety can have difficulty presenting in front of colleagues, speaking in public, going to parties, or just chatting with others. Learn more about social anxiety.

This fear reaches around 5% of the world’s population. People that suffer from this fear avoid any place high up and can have vertigo or feel the necessity to hold on to something when going upwards, like the handrail when going up stairs, for example. At a theme park, it’s no small feat to get these folks to jump in the cart for a roller coaster ride.

Fear of bugs, snakes or spiders

To broaden this topic, a lot of people suffer from intense fear of some animal. The most common are insects, snakes, and spiders. The fact these animals are so different from mammals is a major reason why people develop this strong aversion. Another point is that some are poisonous and their bite or sting can cause an intense reaction. However, only a tiny percentage have this trait.

This fear is well known and called claustrophobia. This fear makes being inside small spaces, like elevators or rooms without windows, unbearable. The person feels a sensation of compression, as is the room was getting smaller and smaller. Some people feel this sensation in places crowded with people, like a concert or rally, for example. Photo by Dominik Scythe on Unsplash

Another common fear is that of flying, which affects almost a third of the global population. This fear causes discomfort at the thought of taking a trip on an airplane, or any flying vehicle. Many of them choose to travel by land and feel safer traveling days on wheels instead of hours by air.

Fear of the dark

This fear likely doesn’t surprise many people by making this list. Especially common among kids, this fear follows many people into their adult lives. It’s important to recognize that being afraid of the dark isn’t about the dark itself, rather it’s more the fact that something could be there in the shadows and we can’t tell it’s there. Fear of the dark has roots in traumatic experiences and is influenced by the fact that many tragic scenarios (or scenes from horror films) played out in places with little to no light. People with this fear are mostly afraid that there is something hidden in the shadows. Therefore, they stay in a constant state of alert and discomfort when the lights are off.

Fear of getting a disease

Being preoccupied with cleanliness to avoid the spread of germs, or going to great lengths to prevent exposure to situations that can have a higher probability of getting sick are some of the characteristics of those that dread the thought of falling ill. It’s important to take care of your health, of course, but those that suffer from this fear don’t often leave home or restrict themselves to places that they know they won’t come into contact with germs.

This fear is more about the fear of having to see blood, whether it’s the person’s own or someone else’s. Fear of blood is related to the fact that blood represents serious injuries, the risk of death, and the old idea that “it’s not a big deal unless it’s bleeding.” Maybe it was just my dad that used to say that. People often mix up this fear with the fear of needles. In reality, it’s more about the fear of having your blood drawn or getting infected by something contaminated. Photo by Dominik QN on Unsplash

Among humankind’s most common fears is the fear of extreme weather. Those that suffer from this fear get restless at the slightest sound of thunder rumbling or sight of thick clouds. Fear of storms, lightning, and thunder can cause a hyper awareness of the forecast and anxious feelings as soon as there is a noticeable change in the weather.

It’s no surprise that everyone wants to avoid death. We’re trained from birth to avoid that which puts us in the hands of such a risk. The fear becomes a problem when it causes people to avoid living a healthy life. For example, this fear can be so intense that it prevents them from leaving home for fear of something putting them in harm’s way. It’s also common for this fear to cause tense reactions when the person hears about anything related to death, even when it’s about other people.

Is it possible to overcome a fear or phobia?

To change the system, aside from understanding it better, it’s necessary to gradually come into contact with your fear. The exposure will create a new form of reasoning, which consists of creating new, safe memories about your fears. In time, the brain learns those situations don’t always need to alert you to “escape” to survive. Slowly, your automatic thoughts become different, calmer feelings and behaviors. This type of treatment is called Cognitive Behavioral Therapy.

What are your most common fears?

Afraid of something that didn’t make this list? Share in the comments and let’s keep the conversation going.

Developer obsessed with understanding the user. He has ten years of experience in developing and leading teams to create digital solutions for the health industry. Follow Diego on Twitter: @diegodottac

Expert care for anxiety and depression

This website uses cookies to improve your experience while you navigate through the website. Out of these cookies, the cookies that are categorized as necessary are stored on your browser as they are essential for the working of basic functionalities of the website. We also use third-party cookies that help us analyze and understand how you use this website. These cookies will be stored in your browser only with your consent. You also have the option to opt-out of these cookies. But opting out of some of these cookies may have an effect on your browsing experience.
Necessary Always Enabled
Necessary cookies are absolutely essential for the website to function properly. This category only includes cookies that ensures basic functionalities and security features of the website. These cookies do not store any personal information.
Non-necessary
Any cookies that may not be particularly necessary for the website to function and is used specifically to collect user personal data via analytics, ads, other embedded contents are termed as non-necessary cookies. It is mandatory to procure user consent prior to running these cookies on your website.
SAVE & ACCEPT