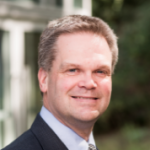 4 Triggers For Networking Anxiety (And Approaches For Overcoming Them)

I’ve found that some of the most awkward “new situations” are business networking events. For many, the challenge is not in understanding the strategies and tactics for effective networking (those are only a few clicks a way on the Internet), but simply getting the courage to go up and introduce yourself to someone you don’t know.

A few years ago, Columbia University Professors Paul Ingram and Michael Morris demonstrated this in a clever experiment. They organized a networking event for executives. More than 95 of the attendees said their goal was to meet new people. Prior to the event, they asked everyone to examine the attendee list and identify who they knew. When the executives arrived to network, they gave them a special badge that allowed the researchers to track who talked to who.

They found that despite their best intentions, most of the executives spent the majority of their time talking to people they already knew, and only met new people if they had an acquaintance in common. Their advice for networkers: Don’t bring your friends along.

What’s preventing you from networking the way you’d like?
Learn more

I’ve found that this reluctance to introduce oneself to strangers at networking events comes from four things:

Much of this anxiety comes from our natural, hardwired anxiety around strangers, not from a history of bad networking experiences. Most people have said that when they actually do it, 99 percent of the time it goes great, but that doesn’t seem to reduce their reluctance the next time.

My general advice for becoming more comfortable and confident at networking events is the following:

Ultimately, a little anxiety at networking events is probably good, as it keeps you focused and alert. But too much can either turn networking events into a stressful, energy-draining experience or more tragically cause you to avoid them altogether. Understand your anxiety, accept it, find and make eye contact with a friendly face, and go for it.

Excerpt from “What to Do When You’re New: How to Be Confident, Comfortable, and Successful in New Situations” by Keith Rollag (AMACOM, September 2015). Originally published on TrainingMag.com and is published here with the author’s consent.

Keith Rollag is an associate professor and chair of the Management Division at Babson College. He is the author of the book, “What to Do When You’re New: How to Be Confident, Comfortable, and Successful in New Situations”.

Expert care for anxiety and depression

This website uses cookies to improve your experience while you navigate through the website. Out of these cookies, the cookies that are categorized as necessary are stored on your browser as they are essential for the working of basic functionalities of the website. We also use third-party cookies that help us analyze and understand how you use this website. These cookies will be stored in your browser only with your consent. You also have the option to opt-out of these cookies. But opting out of some of these cookies may have an effect on your browsing experience.
Necessary Always Enabled
Necessary cookies are absolutely essential for the website to function properly. This category only includes cookies that ensures basic functionalities and security features of the website. These cookies do not store any personal information.
Non-necessary
Any cookies that may not be particularly necessary for the website to function and is used specifically to collect user personal data via analytics, ads, other embedded contents are termed as non-necessary cookies. It is mandatory to procure user consent prior to running these cookies on your website.
SAVE & ACCEPT